The Second Amendment: Is It For Muskets Only?!

Liberals have claimed for years that the Second Amendment was invented in the times of mere muskets, that it doesn't apply to today's weapons!  The only problem with that, is that weaponry was far more advanced than leftists realize, and the founding fathers addressed this a LOOOONG time ago.

Watch the only rebuttal to this argument that you'll ever need to see:

No. Stop that. Did you really not just watch the video and instead skip down to read more boring text? Crazy kid. Go watch the video, then come back. 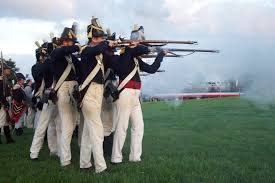 Muskets has nothing to do with it, people. The Second Amendment was written so you would have the right to keep and bare arms not only in self defense, but to keep yourself safe from any form of tyrannical government.

Don't think the government could ever become so tyrannical that you would ever possibly need to resist said tyranny? Thomas Jefferson would disagree with you. In his infinite founding father wisdom, Jefferson declared, "Experience hath shewn, that even under the best forms of government those entrusted with power have, in time, and by slow operations, perverted it into tyranny."

It's not about the muskets. It's about your rights. It's the Second Amendment. And it's pretty dang awesome.

'I'm Looking for Stuff in His Beard': Lady Tries Shaming Maskless Couple in Store, Shames Herself Instead